Where were the Buzzcocks from?

Buzzcocks are a punk rock band from Bolton, a large town in Greater Manchester in North West England, United Kingdom. Bolton has traditionally been considered part of Lancashire. The band was formed in 1976 by Pete Shelley, singer-songwriter and guitarist, and Howard Devoto, singer-songwriter.

Is it Buzzcocks or the Buzzcocks?

The punk rock band is correctly named “Buzzcocks” and not “The Buzzcocks”. The origin of the name came about when the founders read the headline “It’s the Buzz, Cock!” in a review of the TV series “Rock Follies” in Time Out magazine. They felt it captured the energy of the emerging punk culture.

What was the Buzzcocks biggest hit? 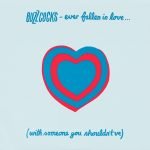 Buzzcocks’ biggest hit was “Ever Fallen In Love (With Someone You Shouldn’t’ve’)” from the album Love Bites, the second album by the band (released in 1978). This song was ranked number one on the Tracks of the Year list by NME in 1978, and number twelve on the United Kingdom Singles Chart.

Are the Buzzcocks still performing?

Buzzcocks are still performing – guitarist/vocalist Steve Diggle has taken over singing duties from the late Pete Shelley. Buzzcocks have been appearing at various concerts throughout the UK during 2022 and are scheduled for concerts into 2023. Additionally, they have a new album called “Sonics In The Soul” scheduled to be released in 2022.

Why did Howard Devoto leave the Buzzcocks?

In February of 1977 Howard Devoto left Buzzcocks because he was unsatisfied with the punk rock genre. He said: “I don’t like movements. What was once unhealthily fresh is now a clean old hat”. Devoto went back to attend college for a few months before he formed the post-punk band, Magazine.

How old was Pete Shelley when he died? 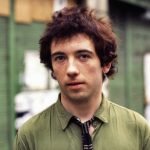 Pete Shelley was born on April 17, 1955 and died of a suspected heart attack on December 6, 2018 in Tallinn, Estonia at the age of 63. Shelley moved in 2012 to Estonia with his second wife, Greta, looking for a less hectic place than London to live.

Who influenced the Buzzcocks?

Buzzcocks’ first influence was The Velvet Underground, more specifically, their song “Sister Ray”, which served as a point of connection between Howard Devoto and Pete Shelley. Once they became friends, they used to rehearse songs by other bands like the Stooges.

Who is in The Buzzcocks?

Who covered “Why Can’t I Touch It?” by the Buzzcocks?

When was the song “Why Can’t I Touch It?” by the Buzzcocks made?

The song “Why Can’t I Touch It” by Buzzcocks was released in 1979. The song was written by Steve Diggle, Steve Garvey, John Maher, and Pete Shelley. The song appeared on the compilation album “Singles Going Steady”, which was released on September 25, 1979 on I.R.S. records.

How many albums did the Buzzcocks release?

Buzzcocks’ discography is composed of 9 studio albums, 5 live albums, 11 compilation albums, 10 EPs, and 26 singles. One of their most popular albums was “Love Bites”, which reached number 13 on the UK Official Albums Chart at the time of its release in 1978.

What is the name of the lead singer of the Buzzcocks?

Related Stories:
Was Elvis Costello Punk?
The Specials' Terry Hall dies, aged 63
A Beginner's Guide to Punk Rock
We use cookies on our website to give you the most relevant experience by remembering your preferences and repeat visits. By clicking “Accept All”, you consent to the use of ALL the cookies. However, you may visit "Cookie Settings" to provide a controlled consent.
Cookie SettingsAccept All
Manage consent